Here is another project I did in December and didn't show yet. This cookie tin belongs to my grandmother. It's a beautiful thing, all stainless steel and a lid made of acrylic.
For whatever reason she put ugly stickers all over the lid and when she didn't like it anymore she gave it to my parents telling them I should do something with the tin... great joke.
Well, my father thought it was a good idea to ruin the lid, using terpentine to clean of the sticky residue from the stickers. Part of it went completely blind, you can guess it's the part I covered with the snow. I put a cote of lacquer on the ruined side of the lid, it's an old trick to cover up scratches and such. It worked on most of it, but while trying out on the window sill it started raining *sigh*. Where the drops it the lacquer cracked, but it's actually a nice effect, therefore I didn't do anything about it...

It's not much, since I didn't want to cover up to much of the tin, but at least it's unique and once again presentable. Lets hope she keeps away from ugly stickers *shakes head* 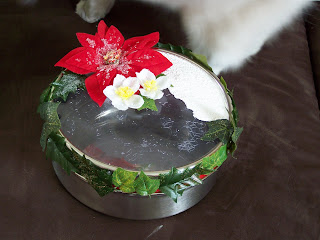 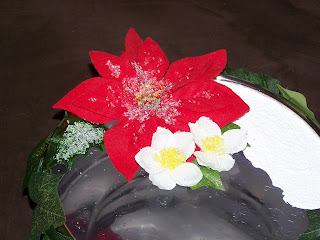 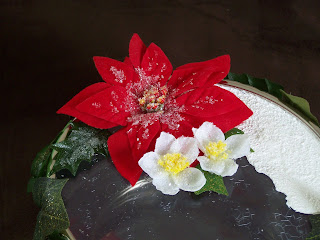 Did I say Tuesday?

Well, scratch that, it arrived today!! The Hermes guy even came much earlier than he usually does and I am doing the happy dance right now. Wanna know what 200 Euros look like? 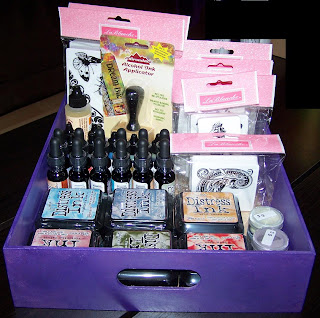 All 12 new Distress Colors as Ink Pads and Re-Inkers, 7 Alcohol Inks + blending tools and solution, 6 Perfect Pearls of which 5 are colors I didn't have yet and lots of beautiful stamps, not from Tim Holtz himself, but most are very similiar to his style so they are love, love, love!
Now I just need lots of time and inspiration LOL
Eingestellt von kuya um 15:06 Keine Kommentare: Links zu diesem Post

About 20 minutes ago the show with Tim Holtz on QVC Germany finished... about 30 minutes early. Well I thought they wouldn't even make it into the second hour, people just went crazy O__o
I pretty much ordered everything I wanted before the show aired, looking things up from the webpage and just added two more sets during the show. What a freaking brilliant idea! I spent way too much money though, slightly over 200 Euros, I don't even want to think about it...
No more crafting stuff for me until the end of March. I'll try to sell some stuff, because I really wanted to order the 1st Whiff of Joy kit together with the new City Girl collection as well, but aside from that I'll have to cut short on the buying shiny new things adiction I have.

But: I'll get the new Distress Ink colours by Tuesday!!! Isn't that amazing? All 12 colors and I bought all 12 Re-Inkers as well, this was such a fantastic surprise.

Would anyone of you like to have the show? It is of course 98% German, Tim had a translator in his ear so they didn't translate much on the fly, but I just thought I'd offer.
Eingestellt von kuya um 21:58 Keine Kommentare: Links zu diesem Post