Little Mermaid has got her own treasure box now 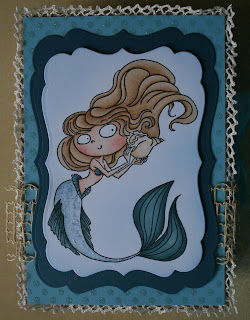 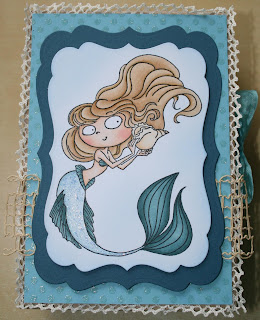 Okay, I managed some pictures. Damn, that was war *lol*. The first picture shows you pretty clearly just how dark it is here. But just as well my camera stubbornly insisted it was bright enough to leave the flash off... nooooo, it was not. I really have to get hands down with the manual soon, I just can't figure out, how to force the flash. With my older camera it was pretty easy, but this one... mystery.

Anyway, this is a little box I made corresponding the mermaid card I showed last week. It will also go with the card, filled with little birthday goodies this afternoon.

The size is more or less A6 and it's the first box I ever build from chipboard myself, so I'm pretty proud how it turned out. I expected it to be at least a two-tries-project and hoped I wouldn't encounter more than one failure, but except for taking much longer than I thought, it went like dream.

I used Nicole's workshop to make it, since I didn't want to use any kind of liquid glue.

So, challenges... just two this time.

Wild Orchid Craft - Dieing to punch it out (sadly I haven't used any WOC products on this project, which is a really rare thing to happen to me, but since you don't have do, I'll submit it anyway) 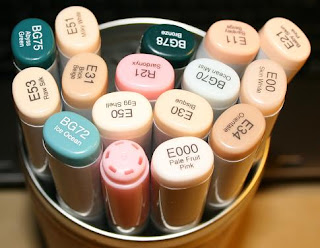 Dies: Spellbinders, I think label 17?
Ribbon/lace: Seam binding ribbon from Crafty Ribbons, lace and this other stuff I don't know the name of from stash
Other: Stickles "waterfall"
Eingestellt von kuya um 11:56